Contact Us for Any Strata Landed or Landed Properties Queries

Strata landed housing also known as cluster housing is picking up prominence and popularity among the multi-generation families with young children and elders.  They enjoy best of both worlds; landed and condo type living.  Strata titles meant sharing and owning communal facilities and landscape.

The increase in transaction for strata landed in 2018 is 181% over 2014. In 2018, the number of units sold was 413 units despite the introduction of Total Debt Servicing Ratio (TDSR) in 2013.  The effect of TDSR is making property investing harder and buyers cannot borrow as much and is harder to stretch the loan tenure.

Landed homes are perceived to be the most resilient type of dwellings and with the lack of supply,  in land scare Singapore.  The older owners have found it more difficult to maintain and some seem to have new preference for condominium developments.  This provided the younger generations who have been aspiring to have a landed property as their own slight more opportunities.

Accordingly, Strata Landed houses will stay appealing to purchasers with better financial capacity who are likely Condo upgrader and those who succeeded in en bloc sales.  There is also another group of HDB graders seeking a faster upgrade at more reasonable price than land titled houses.  There is also another group who were landed property owners looking for a more convenient type of landed property.

Astute buyers would also expect strata landed properties to hold their value better than Condo or Apartment in the long haul or not so favourable conditions.

To matter worse, URA gave a new development guideline for Strata Landed developers to allocate at least 45% o the land area for communal open space, instead of the previous 30%.  This will likely affect developers’ profit margin, discouraging them to build more cluster homes.  Prices of Strata Landed Homes will also likely be higher.

With continual low supply of cluster housing developments, such properties will preserve their value and living in Cluster Homes will get more exclusive.  As a result, demand is projected to increase.  Experts have also predicted prices to increase by 3 to 5 per cent in 2018/2019.

Contact Us If You Are Keen In Getting A Cluster Home

Every now and then, we have some new Cluster Homes for Sale, directly from the developers.  These are either newly built or under construction.  We may also have some resale cluster homes.  Do leave your contact with us and we will be able to partner with you to find you the most appropriate strata landed homes.

We also welcome sellers and let's work together on the sales of your cluster homes.

Look forward to provide a super service to you. 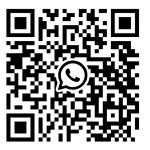